Half of 90% of All Statistics are Misleading...

Pew Research shows (via a lame poll) that:

However, the same poll showed 29% of self-identified "conservative-Repulbicans" have an unfavorable impression of the word CAPITALISM.

I believe it is all in how the question is asked.  If you define socialism and its RESULTS, I believe there would be less favorable responses.

Those are the results of a poll.  A question of peoples' opinion.

Statistics that are compiled from facts, are a better use of our time:

Pew Research also says that the 2010 homicide rate due to firearms was 49% lower than the rate of 1993.  That is half the number of gun related homicides with a much larger population. Non-fatal rates of violent crime for the same years is down 72%.

Contrary to what gun-control politicians and Geraldo Rivera says, we are safer than ever before.


To be fair, Obama did not say it is worse now than it was before, but "to be clear" that is what he implied.  He said it does not happen in other countries, citing his opinion and feelings, I guess. This is similar to the argument that we are the only "advanced" country that has mass-incarceration rates - while not mentioning that we pride ourselves in being a "nation of laws," that we have the fairest system of justice, with the principle of innocent until proven guilty, and the best law enforcement in the world.  But why let facts get in the way of feelings...

All For One and One for All, or something like that...

"Democracy and socialism have but one thing in common—equality. But note well the difference. Democracy aims at equality in liberty. Socialism desires equality in constraint and in servitude…."

"...We're going to have to take things away from you on behalf of the common good."

"The clearest way to know whether you are with a poor person in America is not by the logo on the clothes, because we all wear pretty much the same anymore. It's by looking into their eyes and seeing whether they look into yours, and seeing what kind of teeth they have."

Except their dentists?
Posted by Race Bannon at 7:59 AM 5 comments:

In case you were wondering, NASA is not out of the business of space exploration.  Recently the New Horizons spacecraft took this photo of one of Pluto's moons: 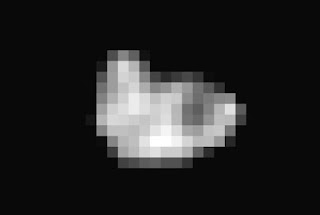 Hard to see, but here is the amazing photo enlarged: 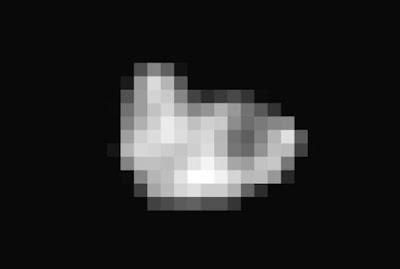 *Just kidding, there were some awesome photos with great detail, I just thought this was funny. 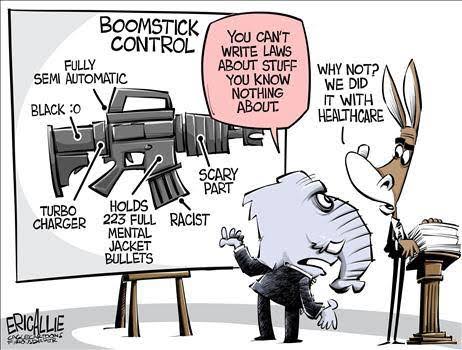