The Police are Out of Control...

But, this has nothing to do with Ferguson…

A 16-year-old Summerville High School student says he was arrested Tuesday morning and suspended
after writing about killing a dinosaur using a gun.

Alex Stone said he and his classmates were told in class to write a few sentences about themselves, and a "status" as if it was a Facebook page.

Stone said in his "status" he wrote a fictional story that involved the words "gun" and "take care of business."

"I killed my neighbor's pet dinosaur, and, then, in the next status I said I bought the gun to take care of the business," Stone said.

...Summerville police officials say Stone's bookbag and locker were searched on Tuesday, and a gun was not found.

According to Gray, Stone was suspended for the rest of the week. Gray says she is furious that the school did not contact her before her son was arrested.

...Stone was arrested and charged with disorderly conduct. District officials say the student has been suspended.

Disorderly Conduct? How about arresting the teacher with Creating a Mountain out of a Mole Hill? Or better yet, fire those cops.

A mother faces a charge of child neglect after she allowed her son to go to a local park alone. She says he's old enough but Port St. Lucie Police disagree. Now she's fighting back.

It's a half mile from their Port St. Lucie home. Dominic says it only takes him about 10 to 15 minutes to get there.  During the walk, the 7-year-old passed a public pool. Someone there asked him where his mom was.

"They asked me a couple questions and I got scared so I ran off to the park and they called the cops," says Dominic Guerrisi.

"He just basically kept going over that there's pedophiles and this and that and basically the park wasn't safe and he shouldn't be there alone," says Gainey.

Gainey plans to fight the felony charge. But after this she won't let Dominic go to the park alone. She's afraid she'll be arrested again.

The St. Lucie County State's Attorney's office says there is no law that specifies how old a child has to be before he or she can go somewhere unsupervised.

The mom is afraid to send the kid to the park…because the police might arrest him.  Send these cops to Ferguson.
Posted by Race Bannon at 6:40 AM 4 comments:

Iraq War Regrets?
Reflections on the present state of affairs

A symposium of responses, all should be read - but one stands out (emphasis added):

Saddam Hussein was a genocidal monster who was savage even by the savage standards of his region, attacking four of his neighbors and killing a million of his own. By 2003 he had been in both a hot and a cold war with the U.S. for the previous twelve years. The no-fly zones were crumbling along with the so-called oil-for-food embargo, plagued by U.N. corruption and French and Russian profiteering. Both houses of Congress with bipartisan support overwhelmingly voted to remove him, based on 23 writs, only two of which dealt directly with WMDs — in continuation of an official bipartisan policy of regime change as institutionalized by Bill Clinton through a prior congressional resolution. John Kerry, Hillary Clinton, Joe Biden, and Harry Reid, among other liberals, gave impassioned speeches advocating his removal. They had access to the same intelligence as did the administration, and concluded that in a post-9/11 climate, Saddam’s various prior wars and his subsidies to and harboring of terrorists posed a threat to the U.S. and its allies.

The writs for his removal covered everything from genocide against the Marsh Arabs and attempts to assassinate a former U.S. president, to harboring terrorists, including the architect of the first World Trade Center bombing, and providing bounties to suicide assassins on the West Bank. The vast majority of such writs were unaffected by the later absence of large depots of deployable WMDs — which unfortunately the administration inordinately hyped, when there were equally or more valid reasons for removing Saddam, as the Congress had duly noted in its resolutions. Note that, quite unlike the Balkan War under the Clinton administration, the intervention in Iraq was approved by the Congress, and an effort was at least made to ask for U.N. approval. Clinton did neither before bombing. In Libya, Obama bombed without congressional approval and then vastly exceeded and distorted the U.N. mandates for no-fly-zones and humanitarian aid.

When Saddam was removed, Libya in reaction turned over its WMD program, Dr. Khan in Pakistan was put under house arrest, and Syria soon vacated Lebanon, as bad actors adjusted to the successful engagement of the U.S. — just as later U.S. failure and disengagement would have the opposite effect of encouraging efforts against moderate pro-U.S. regimes and interests.

Moreover, when the statue of Saddam fell, over 70 percent of the American people supported the effort, among them most pundits and politicians who later would denounce the war in one of the most stunning and self-serving reversals in political history. They did so on the grounds that, at best, their brilliant removal of Saddam has been nullified by someone else’s incompetent occupation, and, at worst, that they never really/quite/completely supported the war that they in fact so passionately advocated.

Despite the postwar errors of occupation (among them most prominently the dismissal of the Iraqi army and the failure to use sufficient force to ensure order) that had led to a huge loss of American blood and treasure, Barack Obama entered office with a mostly quiet Iraq (not a single American death in December 2009) thanks to the successful surge. Vice President Joe Biden appreciated that fact, and immediately took credit for the prior work of the U.S. military, declaring that Iraq likely would become the administration’s “greatest achievement” — a prognosis later echoed by Obama himself when he declared Iraq stable and secure after pulling out all U.S. troops. For all the slander of “no blood for oil,” Iraq’s oil industry for the first time was conducted in transparent fashion, the big winners being Russia and China, and not the supposedly oil-obsessed U.S. (Note how the mindless popular criticism went from a supposedly diabolical oil-hungry U.S. to a naive U.S. that allowed others to reap the fruits of its sacrifice.)

In 2004 Barack Obama, in pre-presidential-candidate mode, had expressed no major differences with Bush-administration policy pertaining to Iraq. A residual force of a few thousand American army and air-force personnel could have institutionalized our costly achievement and kept the Maliki government honest while controlling the skies over Iraq, preventing something like the Islamic State or the intrusion of Iranian influence. Instead, a 2012 reelection talking point of getting every soldier out of Iraq (in a way inconsistent with prior postwar U.S. policy of monitoring hard-won successes with peacekeepers, as in the Balkans, Korea, Germany, Italy, and Japan) trumped security concerns. (It should be also noted that candidate Obama had declared the surge a failure and advocated pulling out U.S. troops as early as March 2008.)

The tragic result is not just a surging Islamic State in Iraq — a country that, with U.S. military monitoring, had been constitutional and largely immune from the dramatic upheavals of the early Arab Spring movements — but a general sense of chaos similar to that in Libya, Egypt, Gaza, and Syria, and one at least in part predicated on the impression that U.S. Middle East policy is either incoherent or no longer exists.

Finally, we forget that an independent and free Kurdistan — with unprecedented security for a most deserving but oppressed people — that rose from the ashes of ruin and genocide was the stellar achievement of the Iraq War, a reality that is now also threatened by the Islamic State and the absence of American peacekeepers.

Had we pulled all U.S. troops out of South Korea by 1955 — a war every bit as unpopular as Iraq by 1953 and which had done to a lame-duck Harry Truman’s popularity what Iraq did to George W. Bush’s — we would have ensured that prior military successes were rendered null and void. A weak, authoritarian Seoul government would either have imploded or been overrun by North Korea. Without U.S. peacekeepers, there would be no South Korean miracle today, but only the horror of North Korea spread throughout the entire peninsula.

We have forgotten all this. Instead in smug fashion we now dismiss a complex war with a banal pejorative or two, assured that 51 percent of the public for the moment agrees and therefore further reflection is unnecessary.


No doubt the "Iraq War" will have consequences and repercussions on US policy, action, and inaction, for decades to come.  One of which will undoubtedly be a reluctance on many levels for US boots on the ground (or at least for acknowledging US boots on the ground), and overall that is not necessarily a bad result.  But each issue, each conflict, must be judged on its own, with due note to experience and lessons learned.  Just like Iraq was NOTHING like Vietnam and there is little to no value in comparisons - Iraq in 2003 was not the Iraq of 1992, and it is not Iraq in 2014.
Posted by Race Bannon at 9:45 AM 3 comments:

found on Truth Revolt.
Posted by Race Bannon at 7:42 AM 2 comments: 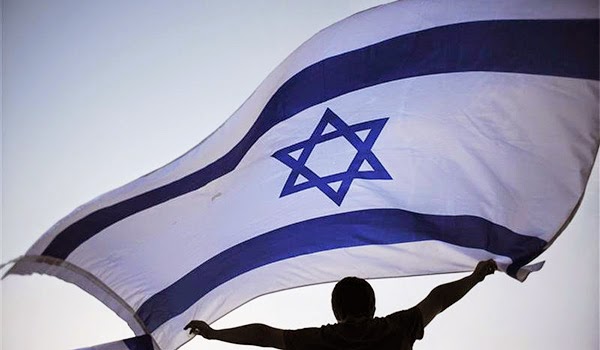 This is nothing new...

I found this at Maggie's Notebook

I had two separate TERRIBLE dreams the other night.  The next night, as is my regular habit, I go to sleep trying to think of things I want.  Cool things.  Some big, lifelong goals.  Some small, that are easily within reach, but I don't have…


First is a cabin in the woods.  It doesn't have to be like the one in the picture…but near a lake would be nice, definitely secluded... 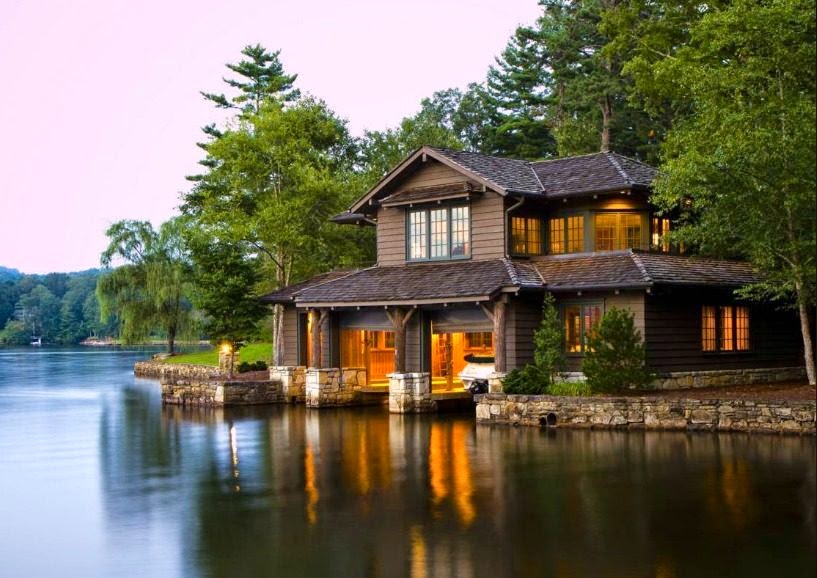 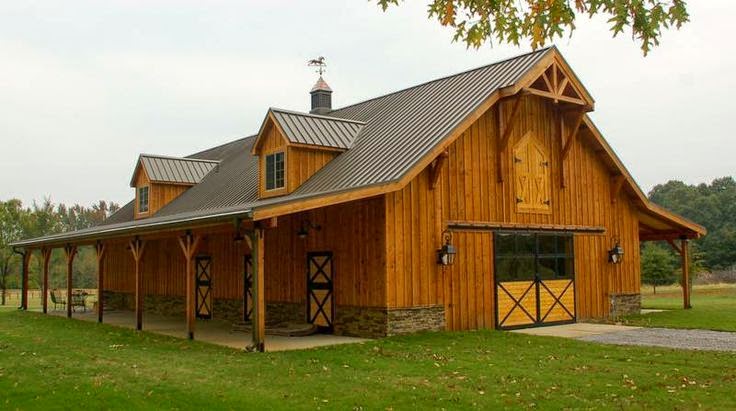 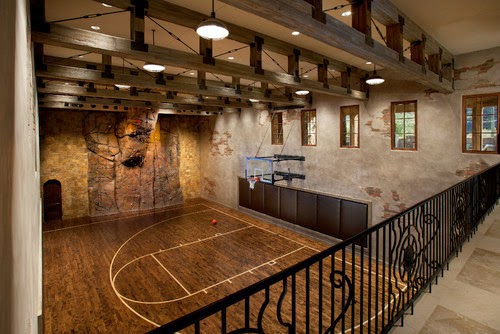 …with space for a gym


A home library would be nice... 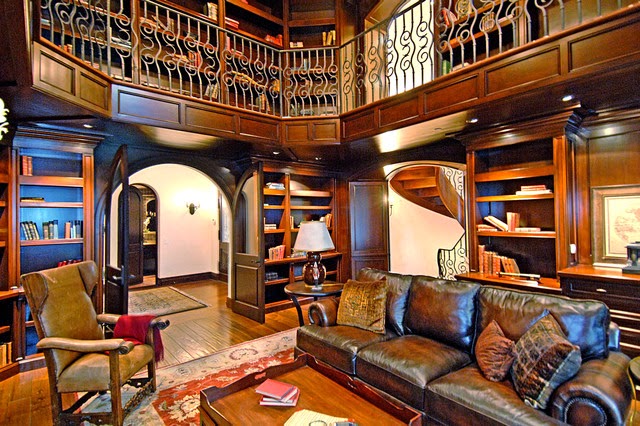 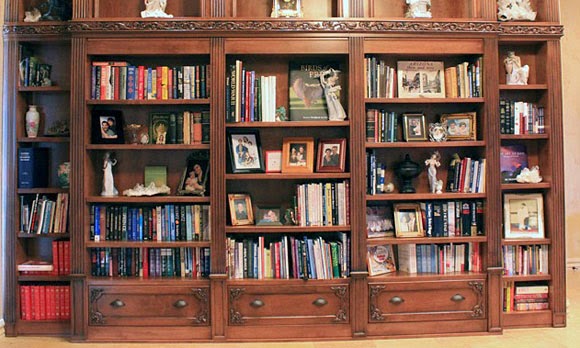 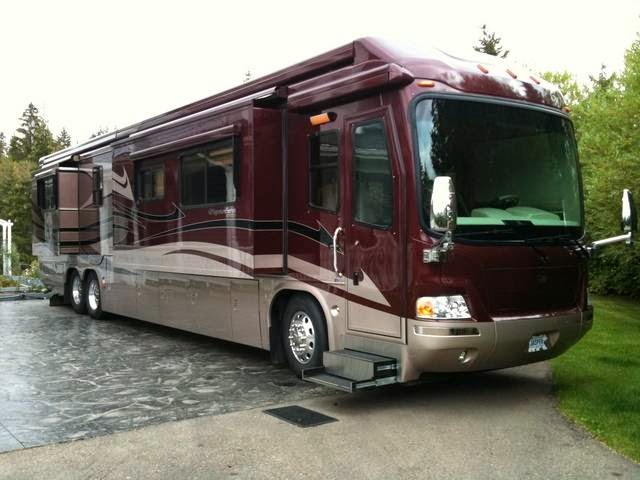 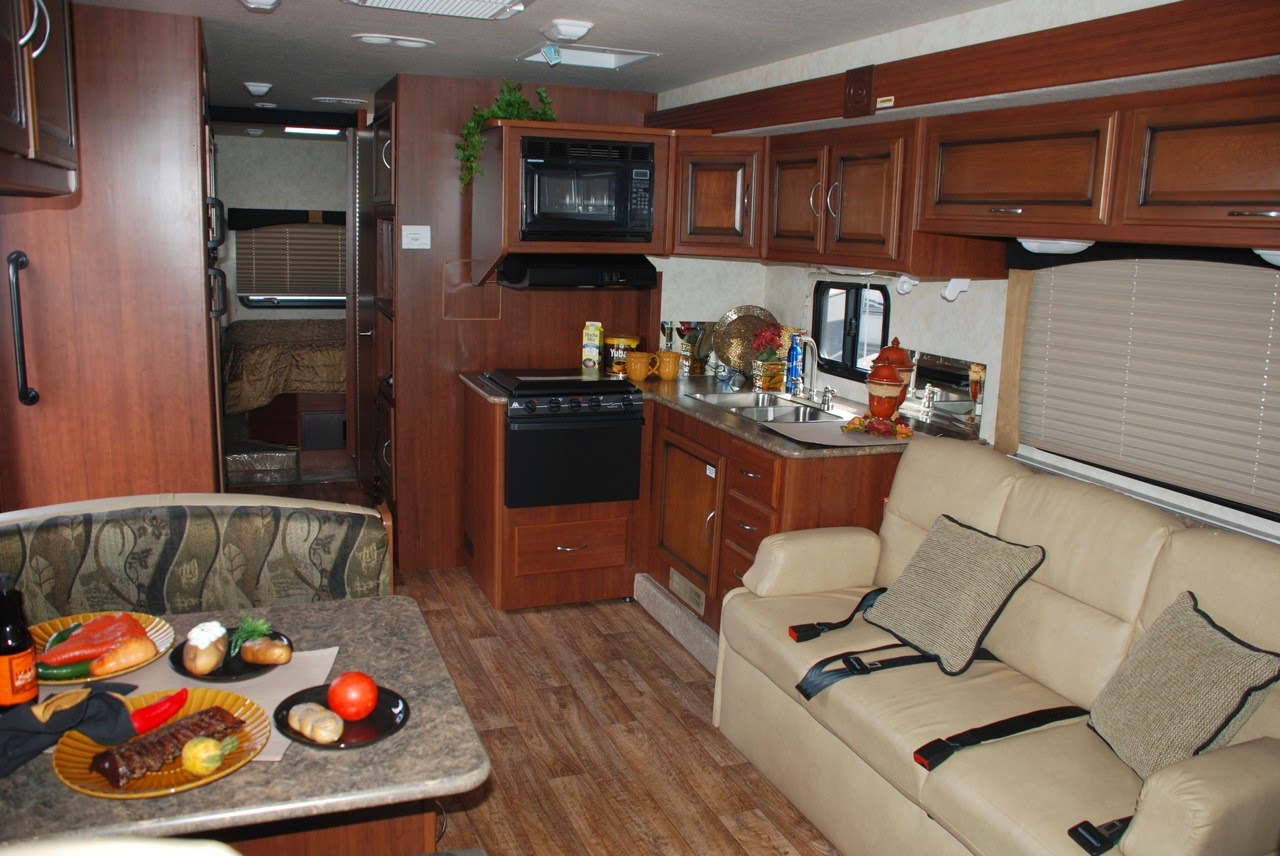