Roberts took a huge step in putting the government's use of the Commerce Clause to do anything and everying, in its proper place.  He also tee'd up Obamacare as a tax hike for Romney, all he has to do is hit it.

Frustrated?  Tired of hearing about the 'silver lining' in the SCOTUS decision?

Take the time and READ THIS. 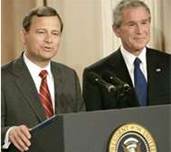 Under our current system, you are penalized for not owning a mortgage.  Mortgage interest is tax deductable.  Without it, or not being in the mortgage market - you pay more taxes.  I recognize this is different, but that is what Roberts is saying - congresss (whom the people chose) came up with a creative way of taxing us.  Roberts (correctly) says, it is not the Supreme Court's job to fix our elections.  It is our job, and we are getting what we paid for.

It won't be easy - the mainstream media will not report the truth, the President will continue to mischaracterize his intentions, and his results - but this was not the worst that could happen, by far.

It's not a tax, the President said so.  He is smart.

Why are we not surprised that the American public is not aware of this?

[I don't know why, when people make these videos, they add vintage 80's instrumental soundtracks?]

Gun walking is dangerous, but it is an approved method, and in order to let a gun walk for investigative purposes, an agent in the field needs approval.  Operation Fast and Furious sought, and received that approval.  It wasn't the first, but it was probably the largest such operation - I would find it odd that Holder was shocked in 2011 to hear that he or his Deputies had signed off on this.  Especially since Fast and Furious was an OCDETF case that included wiretaps?  Both require AG or Deputy AG approval.

"Field level" operations that include wiretaps, need Attorney General approval.  The AG (or Deputy) signs off on the affidavit to the court, after the local United States Attorney, the requesting agency (Special Agent in Charge, and/or Director) and the DOJ's Office of Enforcement Operations (OEO).  OEO scrutinizes every investigative technique used prior to requesting a wiretap.

2:44  "...guns were allowed to walk, something that is not a legitamate law enforcement tactic...and if he had known...he (Holder) would have stopped it."

He tries several times to blame the "Bush Administration." Ignoring that this took place under Holder.

3:43  "...people at the ATF and the people at the US Attorney's Office in Arizona have said that they didn't brief officials in Washington.  And that's really unfortunate because I think it might have been stopped earlier."

Once again - not true.  Read this.  While I do believe that the AG and his deputies rubber stamp these - the reason their signature is required, is that they AUTHORIZE and therefore ACCEPT RESPONSIBILITY.

Socialist Ed Shultz - hit the right questions afterwards, but didn't follow up. Miller can say these things on Shultz's show, but would he under oath?
Posted by Race Bannon at 8:02 AM 2 comments:

The email in question MENTIONS Operation Fast and Furious.  Holder tries to say it was about Operation Wide Receiver, which took place during the Bush administration.  The email asks if Lanny Breuer should do press about a 'significant amount of prosecutions' - nobody was prosecuted under Operation Wide Receiver during the Bush administration, because the Assistant United States Attorney's declined prosecution - they didn't like the idea of the guns walking.

So, the Bush administration gets dragged in by Holder (and the main stream media) at every chance, but the facts are - Operation Wide Receiver was an ATF operation that the DOJ did not want to touch.

[Note at :37 in the video, the smirks on Holder's staffers faces - they thought they caught the congressman.  These are not serious people.]
Posted by Race Bannon at 2:22 AM 3 comments:

Duluth, Minnesota...hates themselves.  The population is 90% white, so in order to attract a more diverse population, they have decided to advertise, "C'mon over to Duluth, we're white, but we hate ourselves, and you can too!"  I'm paraphrasing.  Billboards around the city, and the below PSA - are sponsored by the City of Duluth, the University of Minnesota-Duluth, the NAACP, League of Women Voters and the YWCA.

They have discovered, that just BEING white, makes you racist.  And living in Duluth, makes you stupid.  Didn't their parents ever tell them not to draw on themselves?


Q:  What do you call a person who lived in Duluth before the influx of non-self-hating-white-people comes?

Where is the Main Stream Media? (I know, I know, but we should keep saying it). Executive Privilege is open to interpretation. However, it should be clear that it protects the separation of powers, and the Executive's ability to conduct private business. Congress has oversight over the Department of Justice (Executive Branch) and the Bureau of Alcohol Tobacco and Firearms.

The ONLY way Executive Privilege protects the documents regarding Operation Fast and Furious - is if the President is involved.  So far, the buck went as far as United States Attorney Dennis K. Burke - who approved the policy of letting guns 'walk.'  Burke also admitted leaking information about a BATF 'Whistle Blower.'

I am one of those who did (does) not believe this rose to the Attorney General, and definitely not to the President...but higher than Burke.  Then why would Obama risk so much on this?  If this was a 'fishing expedition' as the Democrats love to say - then they just snagged something big... 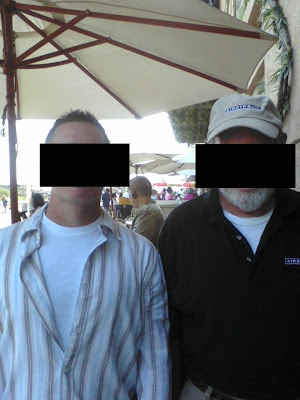 Can't We All Just Get Along...

A man in Oregon was trying to separate a cat and a mouse, when he contracted the plague.  The plague. Black death.

The article didn't say in what century this occurred, but only in 21st century Oregon would somebody try to separate a cat and a mouse. 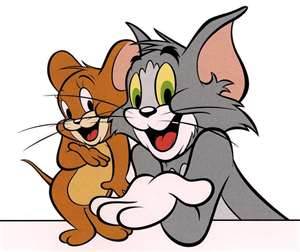 A Texas father has not been arrested and is unlikely to face charges after he beat a man to death for trying to molest his 4-year-old daughter at their rural ranch, authorities said Monday.

"In the course of trying to get her away from him, and protect her, he struck the subject several times in the head and the subject died," Harmon said.

The Difference Between Right and...

...okay, there are many differences.
Posted by Race Bannon at 3:46 PM 4 comments:

I posted my favorite Bush-isms...but this derned video is 19 minutes! This guy is brilliant!

Has the Housing Market hit bottom?  Will unemployment go up?  Will our taxes go up?

The powers that be have numerous tools in their box to deal with these problems.  Problem is, some of the current powers refuse to acknowledge what really works, in favor of hope that change will come from things that have never worked.

On top of that, some tools have been taken off the table.  We can't print more money because we have recently done too much of that (I hope they understand that one), we can't lower interest rates - because less than zero doesn't work...even too close to zero doesn't work for 30 year loans!

So what happens, when prices rise?  Call it the domino effect, snowballing, whatever - once inflation starts, it is hard to get it under control in today's global economy.

If you know little to nothing about economics, know this - freedom works.


"Vietnam is a major producer of wire hangers, exporting $32 million worth to America last year. But the Commerce Deparment will charge duties as high as 21 percent on the hangers, CNN Money reported. The penalties follow the discovery that foreign governments have been subsidizing production — allowing the country to unfairly undercut the competition."


"Money concerns are very real in an industry that experienced a 20 percent decline in volume since the recession."


"Prices of cleaning solvents have increased substantially in recent years."


"A similar measure against China several years ago had an immediate effect. Wholesale costs nearly doubled overnight, causing local cleaners to either raise prices or absorb the difference."


"Consumers in New Jersey and other parts of the Mid-Atlantic region are paying as much as 22 percent more now for some popular food items than a year ago, according to the Consumer Price Index."


"Grocery prices in southern New Jersey are up about 4 percent over last year while restaurant prices are up about 2 percent, according to federal statistics."

(Race for Justice does not condone whatever process it was that brought this clip to the Internet...)
Posted by Race Bannon at 5:32 PM 3 comments:

The United States House of Representatives failed to pass a law making it illegal to abort a fetus because of its gender.  In general, I am against creating a law for each and every thing (such as drinks with too much sugar in them) that you are opposed to.  But I would make an exception here.


"It is inconceivable to me how our Nobel Prize-winning president can refuse to protect little girls from the violence of sex-selection abortion," Rep. Chris Smith, R-N.J., said Thursday.


Bill sponsor Rep. Trent Franks, R-Ariz., said "there has never been a more pro-abortion president in the White House ... I'm astonished the leader of the free world would fail to protect the unborn from being aborted on the basis of sex."


"The administration opposes gender discrimination in all forms, but the end result of this legislation would be to subject doctors to criminal prosecution if they fail to determine the motivations behind a very personal and private decision," White House Press Secretary Jay Carney said Thursday.


It IS a very person and private decision when you want to kill your daughter...