Right Wing Bias in the Media!

Ever wonder why, if FOX is number one in ratings, and talk radio is heavily conservative, how the MSM stays afloat?  All you would have to do, as an executive at one of those outlets, is balance - that is all.  None of them seem to get it.

But somebody didn't get the memo...

NOTE:  She did a piece a few days prior, slamming the Obama report THE DAY IT CAME OUT.  So, the Obama campaign called her!  And she slammed it again!  I tried to post to two videos, but CNN will only play the second one?...so go to her page  and watch it -its worth it.  Interesting to ponder why?  Is CNN finally getting it - don't hold your breath.  Is Burnett trying to make a name for herself as 'fair and balanced' - again, don't count on it.  Hedging their bet?  I think maybe...these are Hillary people...


*as I have said many, many, many times, why don't people get it, an increase in tax rates does not equal more revenue, but at least she is doing some of the math...

Which one of the following, is the President of the United States:

a)  The guy making the Grade-School Debate Team counterpoint

b)  The guy not lowering himself, or his position, to the insulting behavior of the other

...but then again, when has that guy ever respected his Office?
Posted by Race Bannon at 6:52 AM 2 comments:


I watched a little of the debates...very little.  I just think that the good guys underperform so much, I can't handle it.  This is your job - practice it! Much is at stake. Take a lesson from Reagan - have a plan,  the "HOW," but more important, understand the basic principle behind what you want to do, the more important "WHY".

During the Democratic Party debates in 2008, Charles Gibson (a Democrat) asked candidate Obama, 'why, if you want to raise revenue for the government, would you increase the (capital gains) tax rate, when every time it has been decreased, revenues go up?' (paraphrased)  The would-be President said it was out of "fairness," that he just wanted a fair system.  Since Gibson is on the left, he really doesn't understand the WHY behind reducing tax rates, but at least he knew part of it.  The follow up question, in any REAL debate, would be - "So, Senator Obama, when those tax revenues go UP due to a decrease in the rate - who is paying that money that resulted in an increase in revenue - the poor?"  Its simple.  But not for the simple-minded.


During the Vice Presidential debate between Paul Ryan and Joe Biden, we heard this:

How can the RNC, and the SuperPAC's spend tens of millions of dollars on campaign ads...AND NOT RUN THIS ONE!


The Historical Lessons of Lower Tax Rates by Daniel Mitchell

The share of the tax burden paid by the rich rose dramatically as tax rates were reduced. The share of the tax burden borne by the rich (those making $50,000 and up in those days) climbed from 44.2 percent in 1921 to 78.4 percent in 1928.
___
President Kennedy proposed across-the-board tax rate reductions that reduced the top tax rate from more than 90 percent down to 70 percent. What happened? Tax revenues climbed from $94 billion in 1961 to $153 billion in 1968, an increase of 62 percent (33 percent after adjusting for inflation).

Just as happened in the 1920s, the share of the income tax burden borne by the rich increased following the tax cuts. Tax collections from those making over $50,000 per year climbed by 57 percent between 1963 and 1966, while tax collections from those earning below $50,000 rose 11 percent. As a result, the rich saw their portion of the income tax burden climb from 11.6 percent to 15.1 percent.

___
President Reagan proposed sweeping tax rate reductions during the 1980s. What happened? Total tax revenues climbed by 99.4 percent during the 1980s, and the results are even more impressive when looking at what happened to personal income tax revenues. Once the economy received an unambiguous tax cut in January 1983, income tax revenues climbed dramatically, increasing by more than 54 percent by 1989 (28 percent after adjusting for inflation).

NOUN
1.
remarkably brave person: somebody who commits an act of remarkable bravery or who has shown an admirable quality such as great courage or strength of character

"a war hero"
2.
somebody admired: somebody who is admired for outstanding qualities or achievements

If you never saw it, HBO's The Wire was a great show.  As usual, I would have made some changes, but that's just me.  When I watched Season 1, I thought there was too much police brutality - but the longer I have been on the east coast, the more I see that it did, in fact, represent reality.  I actually worked with an old Baltimore cop, and he assured me, the heavy drinking, and drinking by the cops was true too.

Briefly, the show explains a little about life in the inner city.   The drug gangs, and the cops who try to contain them.  Again, if you are not living there, or working there, it seems like Hollywood - but its real.  And its real sad. Why would a kid got get a job, when he can stand on the corner, and make $5, $10, $20, $100 an hour selling something that makes people forget their problems.

It seems like entire generations, thousands of lives, have no hope of knowing how a life can be lived.  "Stay in school" means nothing, when you come home to...no home.  A building provided by the government to live in - is not a home.  You don't have to have a mother and father to make a family, but  , and I'm estimating here, 100% of the people in these neighborhoods and cities, do not know the comfort, security and safety that a family can bring. 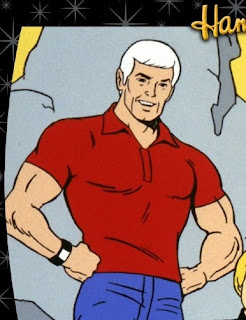 Sorry folks, but after two years if blood, sweat and tears, an opportunity has come up that will divert my attention away from the Internet, and this wonderfully delightful blog (...my sweat, somebody else's blood and tears) for 30 days, hopefully longer.  As things go, this will be a welcomed distraction from the sad state of our politics and the continued meandering of America's Team.

I no longer live and work under the Ninth Circuit (randomly chosen article, but it hit the nail on the head).  However, I managed to find another, smaller, and possibly more destructive criminal's utopia within our great country.  But, while I can't clean up my little corner of it, I'm going to try and save the world...or at least shoot some fish in a barrel.

[And a special thanks to the ATF - other than Immigration and Customs Enforcement not doing anything about immigration, ATF is the worst (IRS is bad, but for totally different reasons).  The ATF has managed to create a world in which lawyers in Washington D.C. now will STOP the good guys from investigating the bad guys - because the good guys may find out (in said investigation) the bad guys have guns - and that could make us look bad.  It is okay for the bad guys to have the guns, and to kill people, but if the good guys find out...I'm trying to spell it out, while being as cryptic as can be...but suffice to say that F&F will have HUGE repercussions for years to come, and none of those repercussions will address what the actual problem was.]


...Oh, and file this under the "I told you so" category, and later we will determine if I get to say it, or somebody can say it to me.  I pulled out of the market - 100%, everything.  I got out when the DJIA was just under 14,000.  I don't see it as overvalued, well maybe a little, but 'the market' is the future, and I see a gray one on the equity horizon.  Depending on what happens on November 6, it will go down a little and then recover nicely, or it will stay flat...and then sink.  There is nothing the Fed can do, because all the tools are out of the box.  In fact, I would short, if I was allowed to.  We all know what 'real' unemployment is, we all know that the dollar is so low on the teeter totter that it may fall off, we all know that GDP growth is BELOW population growth - technically, we are not in a recession, but that may change, and then we are in the proverbial snowball.  November 6th will just change the angle of the decline of the hill.

...that being said, every downturn, recession, and depression has its winners and losers.  Somebody(s) will do just fine.

...and another thing, if things get really bad, both sides have a plan for gold, the right wants to tie the dollar to it, and the left will TRY to follow FDR and Nixon's lead (since they didn't read their history books).

...okay, one more, what is at the bottom, and can only go up?  Mortgage rates - its FREE money for 30 years.  There is still a glut of bank owned and foreclosed properties, so the housing market will take a while to grow back, and the growth will NO DOUBT be slowed by increased mortgage rates, so its a long term investment...but shouldn't they all be?