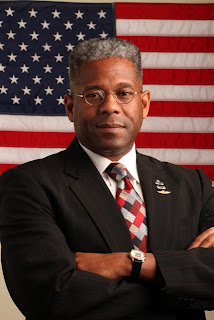 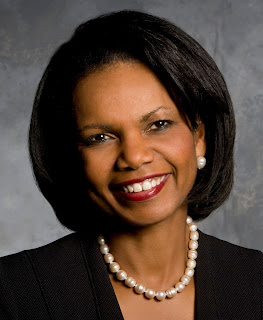 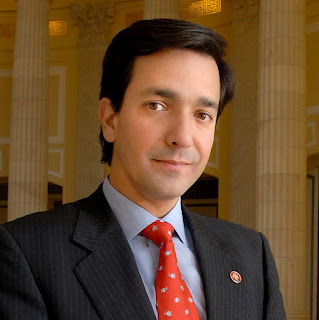 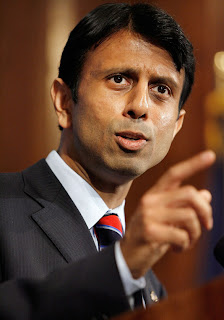 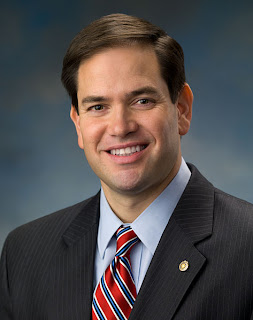 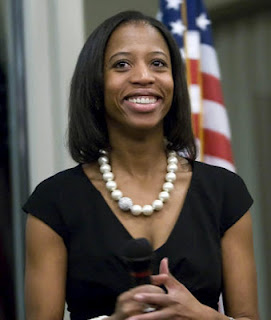 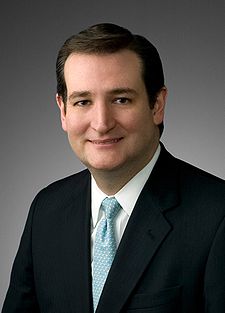 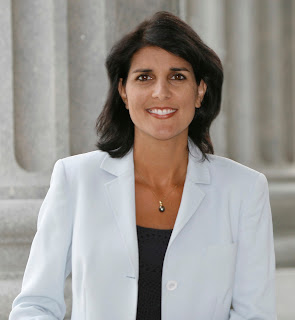 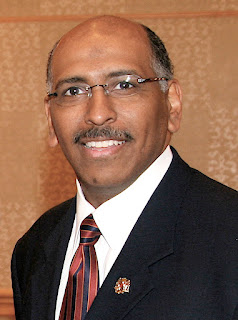 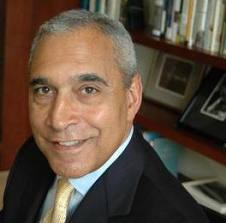 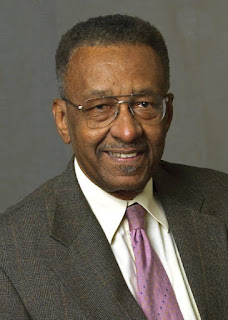 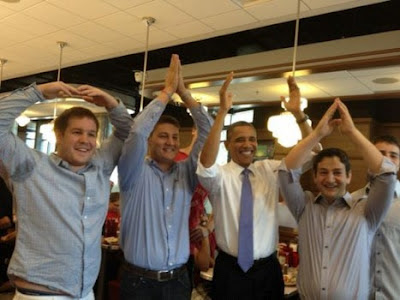 "...Overall, 2016: Obama's America grossed an impressive $1.2 million last weekend as it upped its theater count from 61 to 169 for a total gross of $2 million, the second-best showing of the year for a documentary after Bully ($3.2 million)."  I saw that.  "That doesn't include nature documentaries Chimpanzee ($29 million) and To the Arctic ($7.6 million).  It's already the No. 12 political documentary of all time -- a market that Michael Moore has cornered."
On Friday, Dinesh's movie "will be playing in 1,075 theaters in an aggressive expansion that comes on the eve of the Republican National Convention in Tampa..."
Vote with your $$.  I love going to the movies, it started in 1977 when I went to see Star Wars (and didn't even cry).  BUT, I don't go to a lot of movies, because I refuse to give Hollywood my money.  I will fork it over for this - 1) it goes to D'Souza, 2) Hollywood may learn that the silent majority, also has a lot of money.  The better it does, the more the MSM may report it, the more people will see it...and that can only be good for November.
What will happen by 2016 if the trend continues:

Top of the Muffin TO YOU... 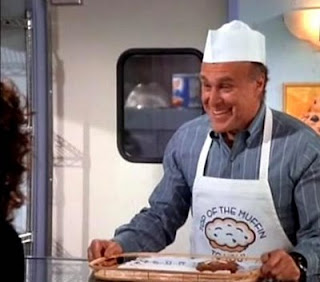 "Speaking of small businesses and entrepreneurs all across this country, and actually last night my wife was up all night. No sleep, she's worked a full 24 hours," he said.

"Secret Service officers associated with Vice President Joe Biden bought a pile of cupcakes from the baker who refused to host Biden at his shop — and they did so out of gratitude.  It’s a startling news nugget at the bottom of a local report. “[S]hortly after Crumb and Get It told Biden’s advance people ‘no’ — the secret service walked in and told [owner] Chris McMurray ”Thanks for standing up and saying ‘no’ — then they bought a whole bunch of cookies and cupcakes,” according to the Valley Reporter (Va.)."

Why I Am a Conservative...

What will be on the voters minds on election day?


A team of unelected scientists chose these videos as an accurate and fair representation of the choice America faces....


I have always said, the Romney campaign should use Obama's own words against him, and when Romney speaks, its should be about his own plan, his own vision...but I never said poke fun of Akron:

Posted by Race Bannon at 7:03 AM No comments:

Summary - a computer guy was hacked, lost everything on his computer, including the only photos he has of his daughter's first year of life.

How?  Did they hack into his wireless?  Did they use a sophisticated device?  Did they tap his 'telephone' wires?  That's how they do it in the movies!

The victim had several email and social network accounts, with similar passwords, credit cards, and billing addresses, and linked to backup email addresses.  Once they got one (using the others), they got everything...

"After coming across my account, the hackers did some background research. My Twitter account linked to my personal website, where they found my Gmail address. Guessing that this was also the e-mail address I used for Twitter, Phobia went to Google’s account recovery page...
Because I didn’t have Google’s two-factor authentication turned on, when Phobia entered my Gmail address, he could view the alternate e-mail I had set up for account recovery. Google partially obscures that information, starring out many characters, but there were enough characters available, m••••n@me.com. Jackpot.
This was how the hack progressed. If I had some other account aside from an Apple e-mail address, or had used two-factor authentication for Gmail, everything would have stopped here. But using that Apple-run me.com e-mail account as a backup meant told the hacker I had an AppleID account, which meant I was vulnerable to being hacked.
Since he already had the e-mail, all he needed was my billing address and the last four digits of my credit card number to have Apple’s tech support issue him the keys to my account.
So how did he get this vital information? He began with the easy one. He got the billing address by doing a whois search on my personal web domain. If someone doesn’t have a domain, you can also look up his or her information on Spokeo, WhitePages, and PeopleSmart.
Getting a credit card number is tricker, but it also relies on taking advantage of a company’s back-end systems. Phobia says that a partner performed this part of the hack, but described the technique to us, which we were able to verify via our own tech support phone calls. It’s remarkably easy — so easy that Wired was able to duplicate the exploit twice in minutes.
First you call Amazon and tell them you are the account holder, and want to add a credit card number to the account. All you need is the name on the account, an associated e-mail address, and the billing address. Amazon then allows you to input a new credit card. (Wired used a bogus credit card number from a website that generates fake card numbers that conform with the industry’s published self-check algorithm.) Then you hang up.
Next you call back, and tell Amazon that you’ve lost access to your account. Upon providing a name, billing address, and the new credit card number you gave the company on the prior call, Amazon will allow you to add a new e-mail address to the account. From here, you go to the Amazon website, and send a password reset to the new e-mail account. This allows you to see all the credit cards on file for the account — not the complete numbers, just the last four digits. But, as we know, Apple only needs those last four digits. We asked Amazon to comment on its security policy, but didn’t have anything to share by press time."
Posted by Race Bannon at 8:08 AM 1 comment: 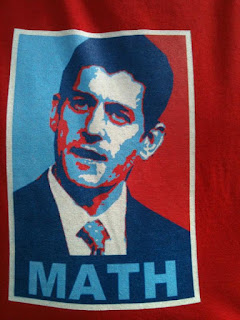 Posted by Race Bannon at 7:44 AM No comments:

Hopefully, this stays in the news.  Hopefully, our President will have to answer for this. [It should be noted that I am against all laws that limit free speech, especially political speech, so it is really an unconstitutional law that caused this].

The Obama campaign ran an add using a guy named Joe (they are still mad at Joe the Plumber) who lost his job when his factory went bankrupt.  He blames Mitt Romney, because Bain Capitol bought his company before it went under.  The first problem with this scenario:  Bain was brought in to save the company, that's what Bain does.  But I digress...

Now, a Super Pac (via stupid Campaign Finance Reform laws) makes an add with Joe.  The Obama campaign, and Obama spokesman Jay Carney, say they know nothing about it, as the law forbids and collusion with the Super Pac.

Problem - Joe is wearing the same clothes, Joe was being used by both the campaign and the Super Pac.  There may (and should) be a way to do this...but the Obama Campaign has said they don't know the Joe story, they don't know about the new add.  That CAN'T BE TRUE.  That is a lie.  Which means, maybe there is NOT a way around that law.

There are problems with Joe's story:

1) Bain took over Joe's company to help save it, he would have lost his job sooner without them.

2) After the company went under, Joe could have maintained his insurance with COBRA.

3) Joe's wife never had primary coverage from Joe's job.  She DID have her own insurance.

4) Joe's wife was diagnosed YEARS after all this happened - come on Joe, provide for your family!

But that is not the point.

There are fundamental differences between the Left and Right - summarized in this add.  The Left thinks somebody else is responsible for...well, everything.  A Super Pac for Romney should run counter-adds showing people solving their problems without companies, without government interference.

But that is not the point.

The Obama campaign, and Jay Carney - are lying.  That is the point.

"War, when you are at it, is horrible and dull. It is only when time has passed that you see that its message was divine. I hope it may be long before we are called again to sit at that master's feet. But some teacher of the kind we all need. In this snug, over-safe corner of the world we need it, that we may realize that our comfortable routine is no eternal necessity of things, but merely a little space of calm in the midst of the tempestuous untamed streaming of the world, and in order that we may be ready for danger. We need it in this time of individualist negations, with its literature of French and American humor, revolting at discipline, loving flesh-pots, and denying that anything is worthy of reverence--in order that we may remember all that buffoons forget. We need it everywhere and at all times. For high and dangerous action teaches us to believe as right beyond dispute things for which our doubting minds are slow to find words of proof. Out of heroism grows faith in the worth of heroism. The proof comes later, and even may never come. Therefore I rejoice at every dangerous sport which I see pursued. The students at Heidelberg, with their sword-slashed faces, inspire me with sincere respect. I gaze with delight upon our polo players. If once in a while in our rough riding a neck is broken, I regard it, not as a waste, but as a price well paid for the breeding of a race fit for headship and command..."

In light of recent events, there needs to be some understanding.  Though, to simplify, I will use pictures...

The Future is Now...

...and this is just the beginning:

I don't normally go to horror movies, but I will make an exception...