The US Department of Justice is suing the State of Pennsylvania (…or 'Commonwealth' as they like to call themselves) because the physical fitness standards test discriminates against women.

They (the Federal Government) determined this because a higher percentage of male applicants passed the test than did female applicants. 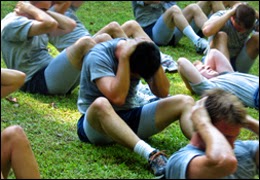 I will say this - the federal government lowered the standards for females, and all are not happy - Chicago FBI Analyst Sues FBI, Saying Fitness Test Biased Against Men.

* - You get ONE attempt, and you must do MORE than the minimum in several events to pass

* - You get ONE attempt, and you must do MORE than the minimum in several events to pass


Why would a PA Trooper need to be in good physical shape?

From the Daily Kos: 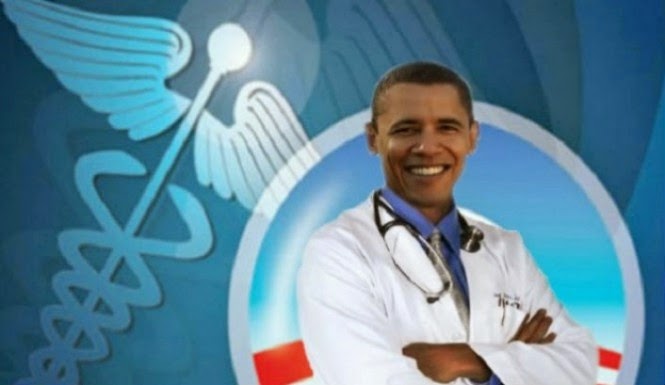 Is there any further evidence that they live in their own world, where the truth is what you want to believe?  They are touting the fact that allowing a "child" to stay on their parent's health insurance until age 30, is beneficial to the child in many ways.  I was going write quotes from the article, but they can pretty much be summarized as follows: Not paying for insurance saves you money, and having more money is good.

I will not mention the idiocy of having a "study" to prove that having more money will give you more "options."  Okay, I mentioned it.  I was once asked, "Dad, did you ever pay for something you didn't want to pay for?"  I wanted to put him on his short bus and send him away…but it was very profound.  I think I will ask this of people, and find out just which thing they were happy to part with their money the most?  Insurance is one of those things.  Health insurance is an easy decision…when you are in you 40's.  But at 23, I'm pretty sure I was indestructible.  (BTW, the first thing that I had to pay for that I really didn't want to was a dryer.  My first one came with the house - replacing it seemed VERY unfair.  I remember considering adding clothes lines in the back yard…)

Then there is this tidbit:

"Then there's what the researchers call the "compensating differential theory," which basically says that employer based health insurance holds down wages, because benefits are considered part of compensation, younger people will have the opportunity to get into jobs that offer higher wages but not health insurance. They found, based on the states they reviewed, that women see a gain of about 3.1 percent in their wages from this effect while they have access to their parents' health insurance, and that increase continues even after they age out of that coverage. The increase for men is about 1.6 percent." 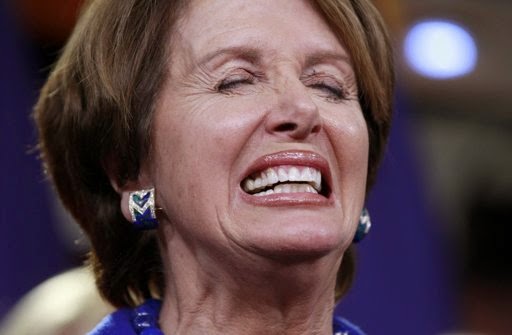 That was a study based on States that passed these laws.  Doesn't Obamacare CANCEL THAT OUT!?  An employer is not ALLOWED BY LAW to not offer health insurance!  Were they not listening to Nancy Pelosi?  They passed it, and they are ignoring what's in it!
Posted by Race Bannon at 3:20 AM 3 comments:


My cellphone was supplied by my employer.  A certain component of my work (including my pay) requires that I am on-call 24/7/365.  However, there has been a cultural shift wherein the cellphone has created the belief that ANYBODY should be able to contact you ANYTIME.  And you have to answer, whether its a call, a text, an email - nobody believes that you do not have your phone with you.

In 2001 I dumped my cellphone.  I actually received a plaque from my co-workers in 2006 acknowledging my inability to call them back immediately. But technology caught up with me.

I have a growing list of answers to the question, "I called you, you didn't answer…", which is really not a question.

It really starts to fade after that.  You are expected to answer while driving, in a meeting, while eating - anytime it beeps, chirps or rings.  If you asked my co-workers, I am the fittest, cleanest person they know.

For people that don't work with me, they don't know, I could be shooting it out with Russian backed separatists in Ukraine, or undercover as a guy pumping his own gas in a state where you can't pump your own gas…I don't know…but they don't know either.

I am ready to check out.  I mean, I love my iPad - I streamed a sporting event last night on to my TV (thanks to a GREAT Father's Day present), but I am done with the cellphone.

….PS - this will all be covered over several chapters in my manifesto…due out in 13.5 years...

If you haven't seen World War Z, see it… 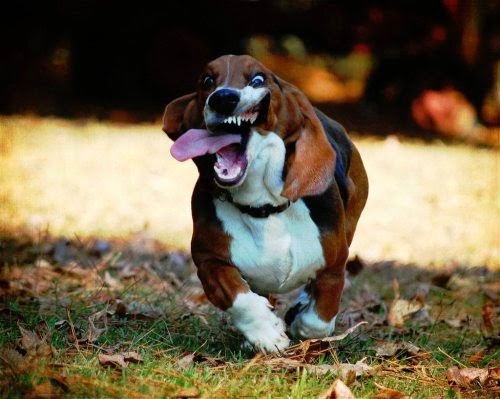 
Patient Zero is a dog!  Or wait, how did the dog get it?  Please, remember, finger straight along the frame until you have made the decision to shoot…


In GONZALES V. RAICH (2005), the Supreme Court ruled that the United States Congress can prohibit the use of marijuana by the citizen of a State, even if that marijuana was not for sale, was never intended to be sold, never left the State, and was never intended to leave the State.  If you know little about law enforcement you might say, "Yes, the Federal Government can make that illegal." It is more complicated than that.  But, at the same time, it is simple.  The Federal Government is constrained by the Constitution.  It is a limited government, with certain enumerated powers.

This is why we currently have several states legalizing possession and use of marijuana for recreation…in violation of Federal Law.

Back to RAICH…the Supreme Court ruled that somebody growing marijuana in their own residence, for personal use, was a violation of Federal Law, because of the Commerce Clause.

Remember your history?  One of the main reasons we have a Constitution is because the States were fighting each other, with no supreme law.  So Congress shall have the power "To regulate Commerce with foreign Nations, and among the several States, and with the Indian Tribes."

But remember, what if the Marijuana was never part of commerce, and was not between two States?  No matter.


"…Raich use[d] marijuana that has never been bought or sold, that has never crossed state lines, and that has had no demonstrable effect on the national market for marijuana.  If Congress can regulate this under the Commerce Clause, then it can regulate virtually anything - and the Federal Government is no longer one of limited and enumerated powers..."

"…This is no less the case if Congress ties its power to the Necessary and Proper Clause rather than the Commerce Clause.  When agents from the Drug Enforcement Administration raided Monson's home, they seized six cannabis plants.  If the Federal Government can regulate growing a half-dozen cannabis plants for personal consumption, then Congress' Article I powers-as expanded by the Necessary and Proper Clause-have no meaningful limits..."

- Clarence Thomas, in his dissent
Posted by Race Bannon at 8:05 AM 3 comments:

Hurricane Arthur postponed our fireworks yesterday, so we worked-out instead...

We had watched Lone Survivor the night before, so we did "Murph."  A Crossfit workout named after Michael Murphy, who was killed in action, and later awarded the Medal of Honor.  They call them Hero workouts, and they are usually very hard.  When you are in pain, and don't think you can go on anymore, its easy to get motivated by thinking of the sacrifice made by the Hero.

(You are supposed to do it with a weighted vest…it was raining, so I used the excuse that I didn't want to get my vest wet.  It sounded like a good excuse.)

My workout partners were much younger than me, 20+ years younger.  So I relied on my cunning and conniving, and did the squats slow and steady without rest.  When I finished the 300th, I said, "So long suckers…" and took off for the mile run.  Only, my legs didn't work very well, and I must have looked like an idiot, running as if my legs were tied together at the knee.

Go see it.  But only if you have, or know, a child who goes to school, or went in the last 20 years…or if you vote Democrat but don't know who Saul Alinsky is…or if you like Bono…or if you are bothered by the fact that four Supreme Court justices tried to rule that the Government has the power to force businesses to pay for any type of birth control an employee wants*…

I would have waited until its on DVD, but I believe we are in a Culture War and I am sending some scarce resources to the side I favor...


* Little reported fact, Hobby Lobby MANDATED "health care" insurance provides for 16 different birth controls.  The lawsuit was about other forms not provided.
Posted by Race Bannon at 7:54 AM 2 comments: