We Are Living In The Bizarro World...

Sanctuary Cities are filing in Federal Court asking to be able to ignore Federal Law.

California (after similar charges were thrown out in Texas) is charging investigative journalists with filming Planned Parenthood employees admitting they sell baby parts.

Ted Koppel says Sean Hannity, who sells his opinion, is bad for America because lots of people like him.

First it was leaked that conversations between future National Security Advisor Michael Flynn and the Russian Ambassador were intercepted and recorded.

Then President Trump tweeted this:

Congress had hearings over this Tweet (while they still needed more time to come up with a repeal of Obamacare) - the FBI Director and Congress discussed on national television if Obama actually did the tapping, or the ordering, as if Trump had just produced an affidavit of fact...rather than a Tweet. Completely ignoring the fact that the Flynn affair was already public. Am I the only one that believes Trump was referring to these recordings?

Earlier in the above video they discussed that the Congress may force the IRS to provide Trump's tax returns because they may reveal that he may have received money from the Russians. Whether he did or not, he was elected President, and you can't change that. Obama lied about his connection to Bill Ayers and the depth of his relationship with America-Hating Jeremiah Wright, and the guy he bought his house from at a HUGE discount while a senator, subsequently went to prison for bribing public officials - but he was still elected President, and there was nothing anybody could do about it.

But that is not all in our BIZARRO NEWS. Less than a year after the FBI said that while Hillary Clinton violated the law in her mishandling of classified information (while lying to the American public on numerous occasions about it) two staffers for Chris Christie were sentenced to prison for pulling a prank by closing a lane on a bridge.

Where Are You Getting Your Information...

The "reporter" tries to ask him the question the same way that politicians are asked questions. 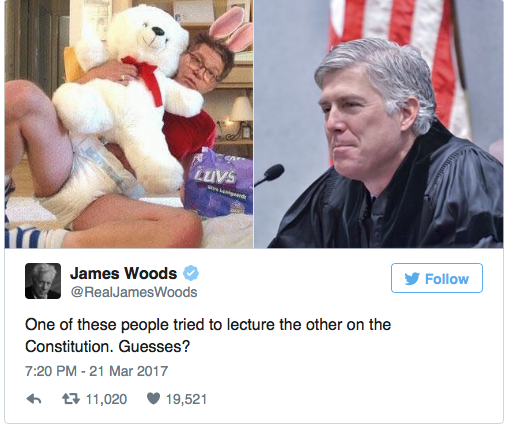 Evidence of Collusion With Russia...

I have so much real 'stuff' to do in my life I do not have time to blog. I know that my three part-time readers realize this, and have just had to make do. But I just had to respond to this.

It is not Trump's speech.

It is not Keith Ellison (Muslim) not standing to honor the wife of an American serviceman killed in Yemen.

I did not read the entire article, I will admit. Maybe I am wrong about the view of the person taking the pictures, or the article in general. But it is a basic misunderstanding, and contempt, and condescension, etc., etc. that just gets my blood boiling.

Why do we have parking laws?

Why is it illegal to park like the vehicle below?

It blocks the crosswalk - makes it unsafe for pedestrians to have to go around.

It is too close to a fire hydrant, makes it unsafe for a firetruck to have to work around in case of a fire. 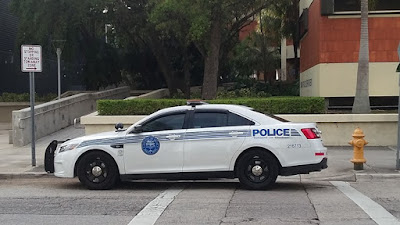 Cities have "NO PARKING" all over the place - when cars can clearly fit, like the one above. Some cities, or in some areas of cities, they want to generate revenue for parking so EVERYWHERE is illegal to park, except in metered or paid spaces.

I will cut to the chase.  Why do we have police cars?

Police officers respond to emergencies. Police officers work shifts, and during those shifts they must respond to a domestic violence call, a subject with a gun, a vehicle accident, and yes, to barking dogs (but barking dogs can lead to murder).  Instead of measuring each instance on a case by case basis - typically police officers park in a place where they can get to their cars quickly, which is often in an "illegal" space.  Police officers often drive on the wring side of the road, they speed, they do not use their turn signal, they have sirens - they do many things that for a normal citizen would be considered illegal.  In most states - they are exempt from those moving violations if they are responding to a call. And, in most localities, they are exempt from parking laws.

Now, this is not to say that they should not consider safety where they park, such as forcing cars to drive around the parked police car in to oncoming traffic. But citizens must realize that police officers DO NOT KNOW what they will have to respond to, and how quickly they will need to get to their vehicles and get them moving.

I have heard people complain when cops that are in a restaurant have parked illegally. It is a known fact, that the more comfortable an officer is while eating, the better tasting the food, and the more the officer eats, the higher the probability the officer is about to get into something requiring running.

*Further, if there is a hose dragger reading this - police get the fire calls too, so if a fire truck needs to access the hydrant - the cop should know to move the car, or you may block it in.