That was the best speech I have ever heard Trump give. I don't like to watch the conventions - but I couldn't turn this off. I had the remote in hand, with a finger on the channel-up button during Chris Christie's speech - but he had the best speech of his career. Then Trump!  I didn't know he was capable of delivering a speech like that, in that way…

It was conservative, it was inspiring, it was American.

…but it was Donald Trump Jr. 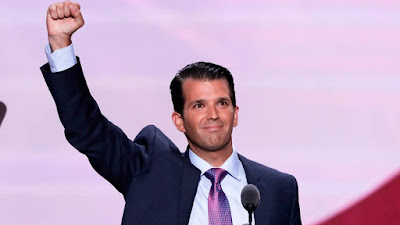 I don't know anything about Junior - but that was a great speech.

That my doppelganger could be the GOP VP Nominee? 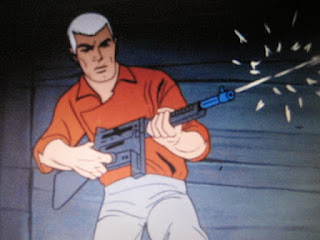 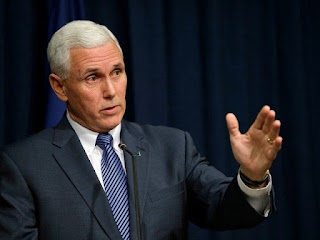 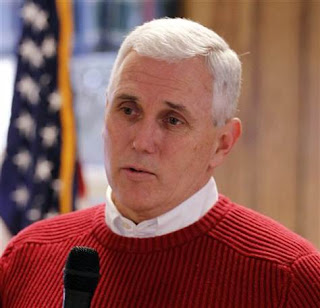 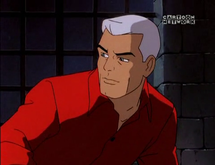 I write this post full well knowing it may send Mrs. Bannon's sanity further into a downward spiral. But I know, she will be stronger for it. Or something like that… 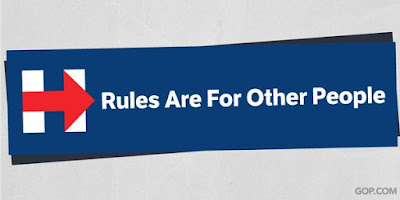 The elements of the crime were met, Clinton and others violated the law, not by intending to harm America, but by intending to subvert the law written by our elected leaders for the purpose of protecting America.

Further, Clinton's public statements that she made on numerous occasions were not true, she did not have permission from the people at the State Department who are authorized with granting that permission, she sent and received information that was classified and marked classified, she directed others to do the same, she did not turn over every email that she was supposed to, and while some were located, some will never be recovered, and she used multiple mobile devices.

But the key parts I will quote directly:

"...there is evidence of potential violations of the statutes regarding the handling of classified information, our judgment is that no reasonable prosecutor would bring such a case. Prosecutors necessarily weigh a number of factors before bringing charges. There are obvious considerations, like the strength of the evidence, especially regarding intent. Responsible decisions also consider the context of a person’s actions, and how similar situations have been handled in the past."


You can remove the word 'potential' from the first sentence - it is obvious from all of his previous statements that the potential was reached. They used the word 'potential' because they consider that they would have to prove the violations to a jury beyond a reasonable doubt. This is like when a murderer - who is obvious to everyone, the murderer - is referred to as the "alleged" murderer. Law enforcement, or the prosecutor does not (outside of Baltimore) issue charges or go to trial themselves thinking they have reasonable doubt. They must be sure they have the right person, and their language always reflects that. That is why the FBI (other law enforcement entities too,  but the FBI is the best 'no comment' outfit out there) does not make public statements like this (i.e. it could taint a jury, sway public opinion without all the facts, etc.). If the FBI comes out and says somebody is guilty, most people will believe it is true, even without a trial.  Which is why I do not like the word 'potential' here. If Comey took questions - which he never would - the first one should have been "Did Hillary Clinton violate federal law?" And to be snarky, "Did congress write that law?" And before you were removed from the room, "Why did congress write that law?"

While for sure the FBI and law enforcement in general considers whether a "reasonable prosecutor would bring such a case," still, this is an amazing public statement. Many times the FBI disagrees with charges not being brought. Many times the law enforcement component of an investigation, especially one involving government officials, simply provides the facts to the prosecutor - a sort of recusing of opinion. It does not occur in a single meeting, or a presentation (i.e. "therefore we recommend charges…"). Rather, the FBI and the prosecution team work together and opinions are known and discussed throughout the investigation by the people working it and their chain of command.  Often, if there is friction, or sometimes even the appearance of a divergence of perceptions, calls are made, supervisors get involved, more agents are brought in to gather more evidence, etc.

A simple analogy would be a he-said/she-said case involving domestic violence where both parties are slightly injured, nothing too harmful, neighbors called 9-1-1 due to the ongoing violence, but yet nobody can be determined to be the aggressor. A police officer will interview everybody involved, take photographs, and file a report. Often the officer will arrange for one of the parties to voluntarily 'go somewhere else for the night.' And often, the officer will leave by saying, "I'm filing a report with the prosecutor, and the prosecutor will decide if charges will be filed." Which is true, but also sends a message that if any other evidence is collected, either from this incident or another subsequent incident, that may tip the scales as to whether charges are filed and against whom, and so serving as a warning to knock it off.  But, it is also true that the officer will actually file no charges and leave it to a prosecutor who will make the decision. Long example, but if the officer said, "I am taking the time to do all this, and due to the injuries I observe, clearly a crime took place, but I am going recommend the prosecutor not file charges because I have never seen anybody get charged in a similar matter," what do you think the combatants would do? A prosecutor makes the decision on whether or not to file charges on many factors, including the likely success at trial, i.e. is there enough evidence to convict, but also often - are there enough resources ("this is a weak case, of little import, no victim waiting for justice - and the office has too many other cases that need attention" - this is prosecutorial discretion. Prosecutorial discretion is NOT "I don't believe in immigration law, so I won't prosecute it" - but that is another post for another time).

Which brings me to the most astounding part of Director Comey's statement:

"...we cannot find a case that would support bringing criminal charges on these facts. All the cases prosecuted involved some combination of: clearly intentional and willful mishandling of classified information; or vast quantities of materials exposed in such a way as to support an inference of intentional misconduct...We do not see those things here."

Huh?  First and foremost - you have never seen a case like this. (The closest I know of would be the case of former CIA Director Deutch being pardoned by Bill Clinton for knowingly mishandling classified material.  But Deutch didn't direct subordinates to do so, Deutch didn't have a family charitable organization that collected hundreds of millions of dollars from foreign countries, and Deutch was not running for President. Who was the "reasonable prosecutor" considering that plea deal? Has Comey met him?)


This is simply not true on its face. Who wrote this? It should have been "…intended to cause harm to the country."   It is clear that Clinton and her colleagues intended to violate the law that says you can not store classified information in an improper manner.

Often, though not always, people on the Right, conservatives, are Rule of Law people, fact oriented, empirical evidence driven.  I see the FBI as trying to leave politics and emotion out of it. You do not see this on the Left - they want to use the power of government to change things, to fix things. That is why you see prosecutions of emotion (Tom Delay's conviction in Texas overturned 8-1, Virginia Governor Bob McDonnell conviction overturned 8-0, etc., etc., and now all the Baltimore police officers winning at trial), that is why you see Obama on the wrong end of a lot of 9-0, and now 8-0 decisions at the Supreme Court - he is trying to fix things he wants fixed the way he wants them fixed, doing what he believes is right, without considering the Rule of Law.  The FBI agents and AUSAs working the case against Hillary simply could not think outside the box, a box that says do not do things differently, use precedent, follow similar examples, follow the rules. The FBI does not like to influence elections. But that is exactly what they did here. 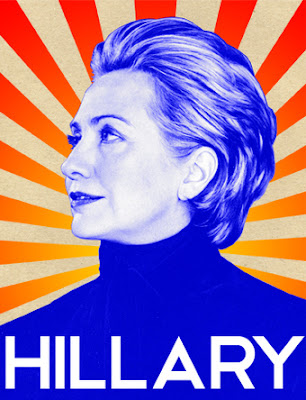 From the Horse's Mouth... 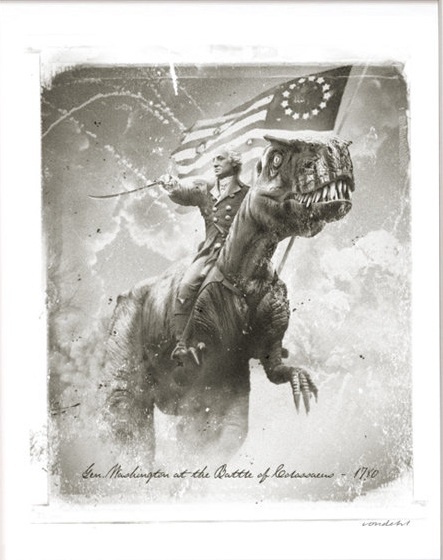 "... who on earth could be more trustworthy than (a) a former president who has been impeached and disbarred for giving false testimony that obstructed judicial proceedings and (b) the steward of American history’s most politicized Justice Department, who swore to enforce the laws right after testifying (at her confirmation hearing) that the executive branch need not enforce the laws?"