"Prediction is very difficult, especially if it's about the future." -Niels Bohr

Where Do You Want to Live...

See below the County map of the United States...now conservatives, don't get in an uproar, while some (misguided) individuals want to get rid of the Electoral College, the "square mile option" is not being considered...by anybody.  If you break it down into voting 'precincts' or 'wards' the country gets even redder....more redder...anyway, its less blue.

One thought, push the blue cities into the blue ocean where they belong.

Disappointing:  You see that Coeur d'Lane, Idaho, Jackson Hole, Wyoming, and other areas of Free America have been bought out by the riches from Hollywood, etc..  Sadder still, Big Horn County Montana - population 13,000 - no doubt the reservation vote, and Miss

Washington state was not in by the time the map was made, but it would look much like Oregon, with the coast matching the blue of the ocean, and the west and Spokane County going to Romney Ryan, 51/46. 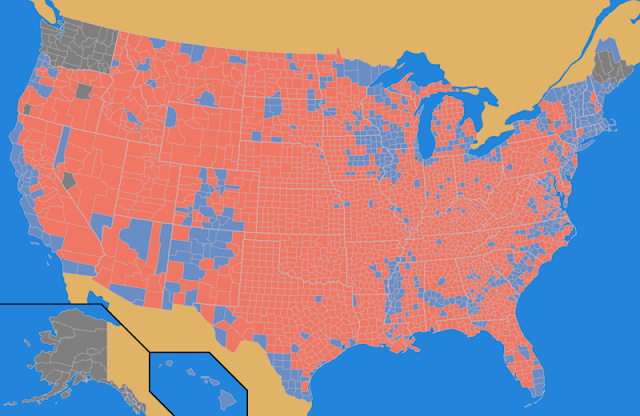 You should also note the most densely populated state of New Jersey, red in the northwest (where there are more trees than people), and Cape May County in the south...where people are just, happy.
Posted by Race Bannon at 7:14 AM 2 comments:

For the most part, the Right is NOT self imploding, and blaming Romney.  That is a good thing.  Anybody who supported him should be proud and thankful that a man like that put himself up to be our representative.

He didn't have the conservative credentials that some of us look for, but he would have been a great President.  The Republicans lost because we are losing the war of words.  One thing we DO hear, from the Left itself (who is trying to make sure enough people hear their false narrative that it becomes the truth) but also from the Right, is that the Republican Party needs to reach out to Blacks and Hispanics.  I could not disagree more.  Our values and goals ALREADY speak to them - they are not listening.  So in that respect, yes, we need to reach out to them (did anybody see our convention?).

Arthur Brooks makes a great case for this in The Road to Freedom, only he wasn't speaking about the color of people's skin, he was talking about people in general...

and...if you have the time

I have been jotting down notes since the election.  It took me about 12 to 16 hours to figure it out.  I didn't get it, I didn't understand what happened.  But once the fog of my enthusiasm for Hope and Change cleared, it was simple.

...also, I listened to three different talk radio shows while driving up and down my blue state, which neighbors a blue state, and I heard the answer in the voices of the callers.

...but I don't have time to write a coherent post.

...so watch the video below.  He is 100% right when it comes to Obama's popularity, and the reason for it.  He is 100 wrong about what the Republicans should have done.

America is the Land of the Free and the Home of the Brave.  Freedom chose less freedom, and we have to live with the consequences, and so we must be brave.

If we believe that history, reality, and empirical evidence proves that high tax RATES, a weak dollar, protectionism, overburdening regulation, and a move away from traditional values - are bad...then in four years, absent a Clinton-like move to the Right from Obama, we will be proven right...again.  If we are wrong, then we were wrong.  Fear not in that regard. (BTW - if you read my post of October 2, you will see that my nest egg is not down 6.2% in 30 days...)


ALEXANDER HAMILTON warned of this.  We are a Democratic Republic, not a Democracy, and for that he was called a Monarchist.  Listen now, to people who believe money is corrupting our campaigns and want to get rid of the Electoral College.  If we did that, do you think anybody would have campaigned in New Hampshire?
Posted by Race Bannon at 6:05 AM No comments:

Pew Research Center for the People & the Press


"Socialism" Not So Negative

"Capitalism" Not So Positive

"Socialism" is a negative for most Americans, but certainly not all Americans. "Capitalism" is regarded positively by a majority of public, though it is a thin majority. Among certain segments of the public -- notably, young people and Democrats -- both "isms" are rated about equally. And while most Americans have a negative reaction to the word "militia," the term is viewed more positively by Republican men than most other groups.

People ages 65 and older have a particularly negative reaction to "socialism" -- 73% have a negative impression of the term compared with just 14% who are positive. But those 65 and older are no more likely than those ages 30 to 64 to have a positive reaction to "capitalism" (56% vs. 55%).
More than twice as many blacks as whites react positively to "socialism" (53% vs. 24%). Yet there are no racial differences in views of "capitalism" -- 50% of African Americans and 53% of whites have a positive reaction.

Those with a high school education or less are evenly divided over "capitalism" (44% positive vs. 42% negative). Among those with some college experience, 49% react positively to "capitalism" as do 68% of college graduates. Those with a high school education or less are more likely to express a positive view of "socialism" than do those with more education.
People with family incomes of $75,000 or more are the only income group in which a clear majority (66%) reacts positively to the word "capitalism." Views of "socialism" also are much more negative among those in this income category (71% negative) and among those with incomes of $30,000 to $75,000 (64% negative) than among those with incomes of less than $30,000 (46% negative).
Conservative Republicans stand out for their overwhelmingly negative reactions to "socialism" (84% negative) and highly positive reactions to "capitalism" (67% positive). No more than about half in other political groups, including moderate and liberal Republicans (51%), have a positive impression of "capitalism." 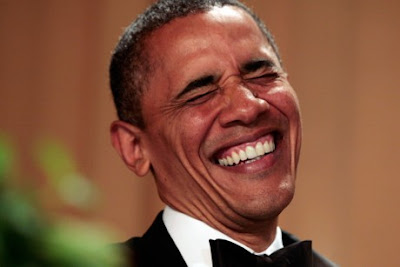 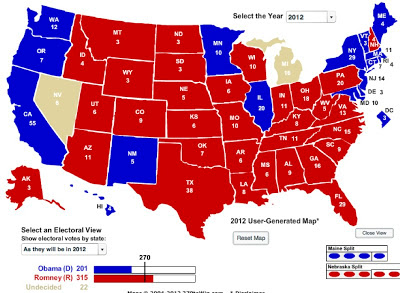 I actually think NM, NV and MI are going to be close, but if I had to bet money (which I don't, I will only lose money if it goes the other way) I think this is good bet.