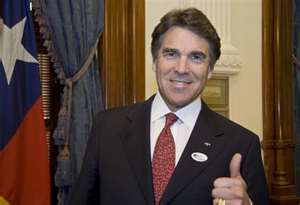 I'm not really feeling Rick Perry.  His new plan is detailed (kinda) on his website.  So are some attacks on Romney (you simply don't win by spending valuable time and money focused on your opponent).  The plan includes an option for taxpayers to choose a 20% flat tax.

I believe the average taxpayer ends up paying 9% of their income in federal income taxes.  As a group, the top earners (I'm talking top 3%-ish) pay 14-19%.

Don't confuse that with "tax rates."  The richies might have a 35% tax rate - but that is on the adjusted income.  Perry's plan leaves in some deductions, so there would be some math involved... 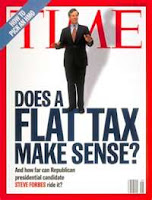 The plan does do a few good things, that ALL REPUBLICANS, and FISCAL CONSERVATIVES should focus on:


The Bottom Line:  At current spending levels - the only flat tax that would balance the budget...28%.  We have a spending problem, not a revenue problem.

Any plan that changes the IRS can't be too bad. I'm waiting to see who can convince Congress to do the right thing before I pick my candidate.

They just DON'T GET IT!!! It is a spending problem...they want to cut here and there and in the back of their simple minds they are already planning on how to spend, spend, spend. AARRRRRRRGGGHHHHHHH!!!