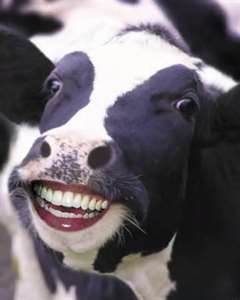 For Lafayette stockbroker Kenneth Daigle, buying a gallon of milk is no longer the bargain it used to be on Tuesdays at Fresh Market.
The upscale supermarket chain yanked milk from its $2.99 once-a-week promotion after a state auditor objected to the low price. A gallon of whole milk was priced at $5.69 Thursday at the Fresh Market in Perkins Rowe.
State Agriculture and Forestry Commissioner Mike Strain said Fresh Market violated state regulations by selling milk below cost as part of a promotion.
The supermarket routinely sells a gallon of skim, 1 percent, 2 percent or whole milk for $2.99 on Tuesdays, limiting the quantity to four per customer.
State law requires retailers’ markups to be no less than 6 percent of the invoice cost after adding freight charges.
The Dairy Stabilization Board oversees milk prices in Louisiana. The board was established after Schwegmann, a New Orleans-area grocery chain, launched a legal battle in the 1970s with the Louisiana Milk Commission to buy milk from out-of-state suppliers because it was cheaper.
The issue over Fresh Market’s milk involves the cost of milk to consumers rather than the price paid to farmers.
“They can sell it 6 percent over cost all day long. It’s when they sell it below cost that it becomes a problem,” Strain said.
During the second week of January, the price for a gallon of whole milk in Baton Rouge ranged from $4 to $6.89.
Strain said his office dispatched an auditor to the Fresh Market in Mandeville after receiving a complaint about the Tuesday promotion. His press office declined to identify the complainant.
During the visit, the auditor explained the regulations to store officials, Strain said.
Daigle learned about the change in price when he plunked down a gallon of milk at the cash register Tuesday at the Fresh Market two blocks from his office.
He routinely buys two gallons of milk at the sale price. He puts one gallon in the refrigerator and freezes the other.
This time, the milk rang up at the nonsale price. When Daigle questioned the price tag, the cashier told him the state had come down on the store.
Fresh Market’s corporate headquarters referred media questions to the Atlanta-based BRAVE Public Relations.
BRAVE released a prepared statement from Drewry Sackett, Fresh Market’s marketing, public relations and community relations manager.
Sackett said the promotion applied to the store’s private label, rBST-free milk. 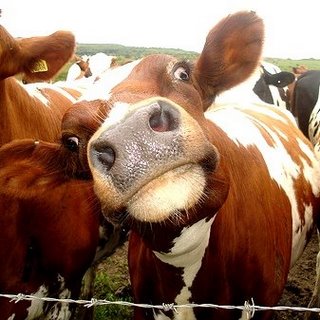 “Because milk is a commodity product with regulated costs that are subject to change, at the current cost, due to Louisiana state law, we are unable to honor the $2.99 Tuesday deal for (Fresh Market) milk ... Because the cost of milk fluctuates, it is possible that we will be able to offer the $2.99 deal on milk again in the future,” Sackett said.
Daigle said he is outraged that the state would intervene in order to control a retail store’s prices.
“Should we do the same thing with bread? Should we do the same thing with soft drinks?” he asked.

Strain said the regulations exist to keep the price of milk as low as possible.
Allowing a supermarket to sell milk below cost could drive competitors out of business, allowing the store to then increase the price of milk, he said.
Daigle disagrees with Strain’s approach.
He said it is understandable for states to regulate the wholesale price, ensuring that farmers receive fair compensation for their labor.
Controlling the price on the grocery store shelf is heavy-handed, Daigle said.
“If retailers want to take a loss, so be it,” he said.

I've been too busy to blog, and only skim headlines when I have the chance...and this one boiled my blood.

They just can't help themselves, so smart that they can pass a law to fix anything...why the hell haven't they passed a law against cancer?

I'm sure if Congress (or any State Legislature) passed laws against cancer or heart disease, those ailments would become a part of history.

There is no such thing as free enterprise in this country. We talk about it, but it's illegal.

Well shoot, I guess I won't run out and get milk today.