The stock market (DJIA) has been hitting record highs.  Why? Are the stocks overvalued?  Are bonds (the general alternative) ready for a crash?

Does this chart help?  This is the DJIA from 1995 (the beginning of the tech surge) through the present: 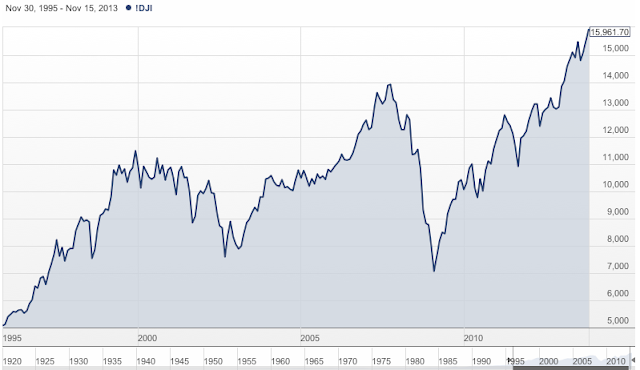 Or, does this chart help - it is the last year: 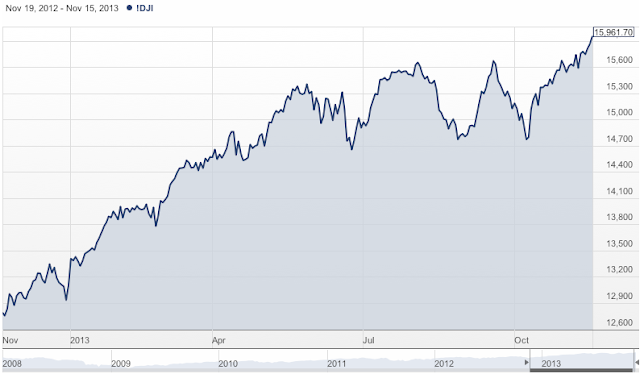 What about this chart?  This chart shows slow and steady progress from 2003 up to the fiscal crisis of 2008 (caused by Congressional intervention in free markets), and then rapid, but more volatile growth to todays records: 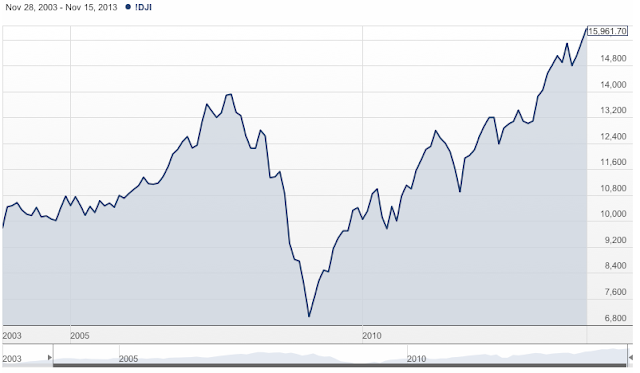 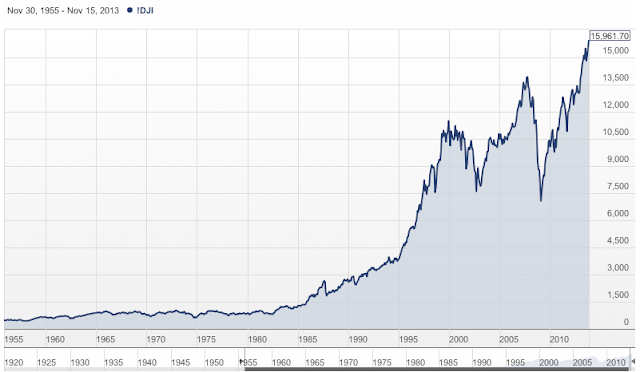 What happened?  In 1980, somebody discovered the UNINTENDED CONSEQUENCES of subsection 401(k) of the IRS tax code.  "Unintended" does not mean "bad," it just means it was not the intent of the law to have every worker in the U.S. to invest a portion of their annual salary in the stock market.  Overall, it has been a great success.  Investors have learned of "deferred compensation," and there has been a massive (Alp like) surge of private investment in American business.  As the Baby Boomers start to withdraw their savings, huge tax revenue increases to the US Gov (when the Boomers pay the taxes that were deferred) will go largely unnoticed (the REASON for the tax revenue increases will go largely unnoticed).  As the retirees (massive amounts of retirees) start to pull out their savings, they will start to SPEND their savings...paying more taxes...and proportionally propping the economy up despite what the government does.

I do not know what all the consequences will be (just like I don't know why Blogger won't let me Left Justify these paragraphs).  But my guess is it will go largely unnoticed, but that while GDP receives benefit (business activity from all that spending), the stock market will flatten out.  Which is probably a good thing.

...but then Congress will find a way to interfere again...
Posted by Race Bannon at 8:41 AM

The Baby Boomers were beat up in the market collapse and I don't know whether the general trend has seen them made whole or not. I do know that my residence would sell for roughly half of what it would have in 2007. It's a "paper loss"…until I sell it.