That is what Obama promised, and that is what we are facing at the Supreme Court of the United States (often referred to as SCOTUS...but yesterday, I was advised about SLOTUS - anybody know who that is? It was a first for me).

In January, the Supreme Court ruled that law enforcement attaching a 'slap on' GPS device to the outside of a vehicle was a "search" of the vehicle, since the goal was gaining information.  Without delving into the details here - Justice Scalia wrote the majority opinion, and was joined by Roberts, Thomas and Kennedy.  Justice Alito wrote a seperate, concurring opinion joined by Ginsburg, Breyer and Kagan. (Alito's opinion confirmed what I believed before - he may be the smartest among them.  He dismantled Scalia).  That brings us to Sotomayor.  Technically, she joined Scalia...but wrote her own seperate opinion.  Which was scary. 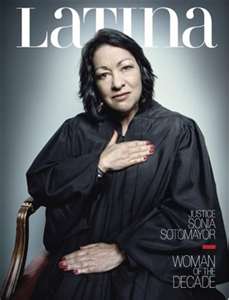 "...In cases involving even short-term monitoring, some unique attributes of GPS surveillance...will require particular attention. GPS monitoring generates a precise, comprehensive record of a person’s public movements that reflects a wealth of detail about her familial, political, professional, religious, and sexual associations..."

Uh, her what? No, it tells us where her car went - and the point your Honor, is that she can be followed without the GPS.

"...Disclosed in [GPS] data . . . will be trips the indisputably private nature of which takes little imagination to conjure: trips to the psychiatrist, the plastic surgeon, the abortion clinic,the AIDS treatment center, the strip club, the criminal defense attorney, the by-the-hour motel, the union meeting, the mosque, synagogue or church, the gay bar and on and on.."

At which point the cops ask to be re-assigned.


...ANYWAY...yesterday the Court addressed whether the 'individual mandate' was a TAX or a PENALTY.  Obama and the legislatures called it a PENALTY.  Their lawyers called it a TAX because that would make their case in court easier.

Justice Sotomayor said that the problem was the "inartful drafting by Congress."  We know your Honor, that you will provide an "artful" view of our Constitution in deciding this case.


BTW...I use BING instead of Google.  Why?  Today on the Bing page, they have the Jefferson Memorial - Jefferson, the small government advocate (even if he was a big government actor).  Coincidence?  I think not.

If I told you about stuff going on outside the US in regard application of US laws and "rights to privacy by foreign nationals living outside the US" - (since when is there constitutional protection of everyone on the planet?), you'd toss your cookies.

But I digress. Since Soros, Ayers and company drafted ObamaCare and Congress didn't have the opportunity to read it before they passed it, I don't know how the "wise Latina" could toss the blame at Congressional bumbling. Blame Soros...

DuhWon appointees will not surprise.

I've always considered her less of a "wise latina" and more of a "wide latina".

Its a good thing our unique system of freedom and limited government hinges on Justice Kennedy...

If this thing comes down 5-4, some people need to hang.

The Constitution hangs by a thread, my friends.