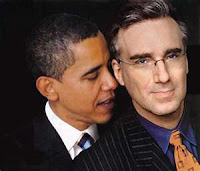 Keith Olbermann was fired...again.  The Left fails to acknowledge failure.  It is a character flaw.


A statement from the network's founders Al Gore and Joel Hyatt said it had been founded "on the values of respect, openness, collegiality, and loyalty to our viewers. Unfortunately these values are no longer reflected in our relationship with Keith Olbermann and we have ended it."

...only to replace him with Elliot Spitzer, who has also been fired from his last two jobs. 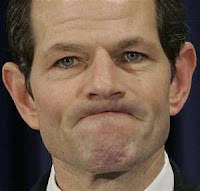 I don't think that I'd hire Keith Olbermann to do much. Maybe to play a Nazi in a Hollywood production? He wouldn't have to act, he could play himself and spew out hatred and lies.

Elliot Spitzer would be more comfortable in the role of a corrupt politician or a perhaps a pimp in a Hollywood Blockbuster...

Obama is either going for make out mode or Vampire mode. Or he's just encouraging him by saying he'll have more flexibility after his election.