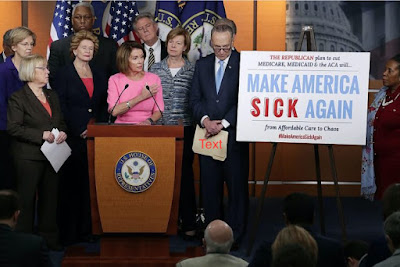 None of the Dems seem to figure that there is a REASON the they've lost over 1000 legislative seats nationwide (including the House and Senate) under Obama's watch - and the presidency. As Rep. Pelosi (D-CA) put it so eloquently, "We must not be explaining ourselves well enough."

The repudiation of the smug, corrupt, elite mainstream media, too, is galling to the progressive movement. Why wouldn't you accept every filthy word out of their mouths as gospel?