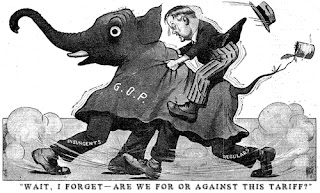 What was unexpected was that this present government would sign real free trade agreements.  OF COURSE there will be a boom - more customers.  Taxes, duties and tariffs don't help business.  Customers help business.  Competition, yes, helps business - by helping customers.

What was unexpected was that he was caught, not that he would return and do it again.  The article says he was caught with 80lbs of heroin.  On any street on the east coast (not Florida), that's over $9 million.  Oh, but assuming its +90% pure...so its real "worth" is upwards of $36,000,000.   The cartel lost a body and 80 pounds of dope, sure he had knowledge of their system, connections, etc.  But Mexico is full of bodies (even at the rate they are losing them) and 80 pounds is nothing...   How do you stop it?  How did this guy get across the border?  Why was this guy free two weeks after being arrested and deported?


Cain's Former Secretary: This Is Not the Herman Cain I Know

Why haven't we heard about sexual harassment complaints against Barack Obama when he was a...er..when he worked at... well during the time when he...wait, why haven't we heard any stories about anything Obama did when he had one of his 'jobs'?  Be prepared, one of the Republicans running for President, probably the nominee - allegedly farted!  It will break after the convention.  The story I mean.

"...the president took a lead on cleaning up excessive compensation on Wall Street with the Dodd-Frank bill, but those provisions do not apply to Fannie and Freddie. “The White House was not involved and nor should it be,” White House Press Secretary Jay Carney..."

I can keep cutting and pasting - but read the article.  For those of you that follow the Fannie and Freddie nightmare, you are aware that these bonuses are not new - only that they come AFTER the bailouts and failures.   I'm speechless.  Let's put Ron Paul in charge of these institutions!
Posted by Race Bannon at 6:55 PM

Being able to pass nasty gas should be a *requirement* for high office.
At least it would make those State Dinners more interesting...

Oh my, do people in high offices actually release bodily gases? I thought that was a misconception.

When your'e full of hot air...