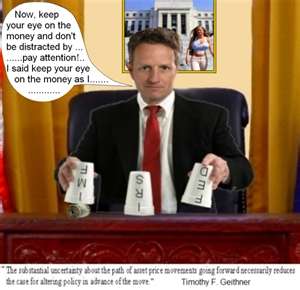 Do you know what a "payroll tax" is?

This is a way the government (i.e. the 'system', 'big brother', 'the man') unintentionally intentionally labels things to hide the true nature of what it is they are labeling.  Ask friends, co-workers and people you think are smart - what is the "payroll tax?"  See if they know.  Answer: Social Security.  Why is it not referred to as Social Security Tax?  Well, it is, by some.  But why say "payroll tax", why say "withholding tax," which is income tax?

(Then what is FICA?  After they created Social Security, they gave the IRS the duty of collecting it - that law is FICA)


All of this brings me to my point - last year congress reduced the Social Security tax on individuals to 4.2%.  But...not permanently, its only a 'tax holiday'.  Now the Democrats are pushing to extend the lower tax...and the Republicans oppose it.  At least, that's what you will hear.  The Democrats want to add a permanent tax increase for the top earners - to pay for the tax holiday, which will someday go away.

Is they serious?  That is how they treat everybody.  They play a shell game, only they move slow, and the shells are transparent.  They bank on Republicans not articulating the argument well, and they throw in "tax break" and "millionaires" and they think we will all be confused.
Posted by Race Bannon at 6:42 AM

And it comes back to the uneducated voter ... by design!

Maybe it's time to go off the grid....who is John Galt?